The Rose-Red City of Petra

Petra: A UNESCO World Heritage site & one of the New Seven Wonders of the World

Hidden behind soaring cliffs is none other than Jordan’s most prized tourist attraction, the prehistoric Jordanian city of Petra. Commonly known as the Rose-Red City, for its impressive monuments carved into the sandstone-coloured mountain, or the Lost City of Stone, for it was an uninhabited ruin for centuries, this ancient city was declared UNESCO World Heritage site in 1985, and in 2007, one of the New Seven Wonders of the World. 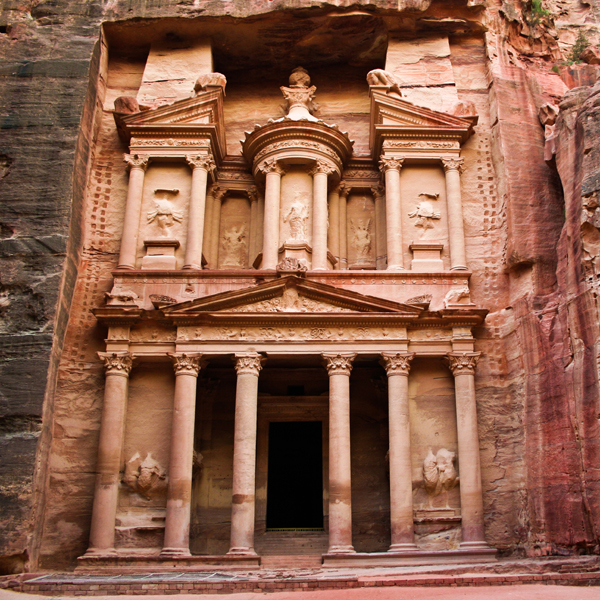 This city’s architecture is the legacy of the Nabateans, who beyond their remarkable stone-carving abilities, proved great innovation in trade and irrigation systems in the middle of the desert. Thanks to the Nabateans, people today get to witness the magnificently carved Treasury, with a façade so impressive from its sheer scale, down to its intricate detail. This city was ultimately conquered by the Roman Empire in 106 AD and its significance in international trade declined due to the necessity of sea trade routes. Today, the city’s tombs (many of which have been looted by thieves), demonstrate a combination of Nabatean and Greco-Roman architectural styles. 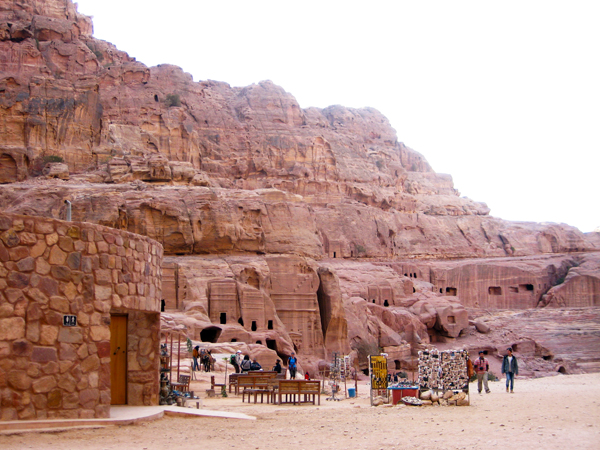