Elevated over 350m above sea level, at the southwestern base of Mount Hermon, lies the ancient Greco-Roman city called Caesarea Philippi which became the religious centre for worship of the Greek god, Pan. The Greeks named the city Panias in his honour.

The region of Caesarea Philippi was the furthest north Jesus took His disciples. It is believed that near Caesarea Philippi, Jesus declared that He would establish a church, and gave authority over it to Simon whom He renamed Peter.

Just 6km west of Caesarea Philippi is Tel Dan, now a nature reserve with a remarkable archaeological site that is home to extraordinary remains of Canaanite and Israelite cities. During the Canaanite period, this city, known then as Laish, expanded and grew into a large Canaanite city – it was strategically located at the intersection of major ancient trade routes. Furthermore, during biblical times, many families from the tribe of Dan were forced out of their home by the Philistines, and thus relocated to the area near Laish, on the foothills of Mount Hermon, for its fertile valley and abundance of water.

This city was destroyed and rebuilt 20 times over 3,500 years, but underwent the most extensive damage during the defeat of the Kingdom of Israel by the Assyrian Empire in 722 BCE, and was never fully reconstructed to its former size and prominence. 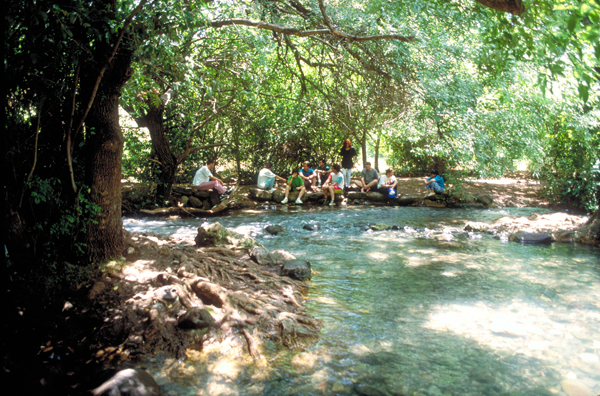